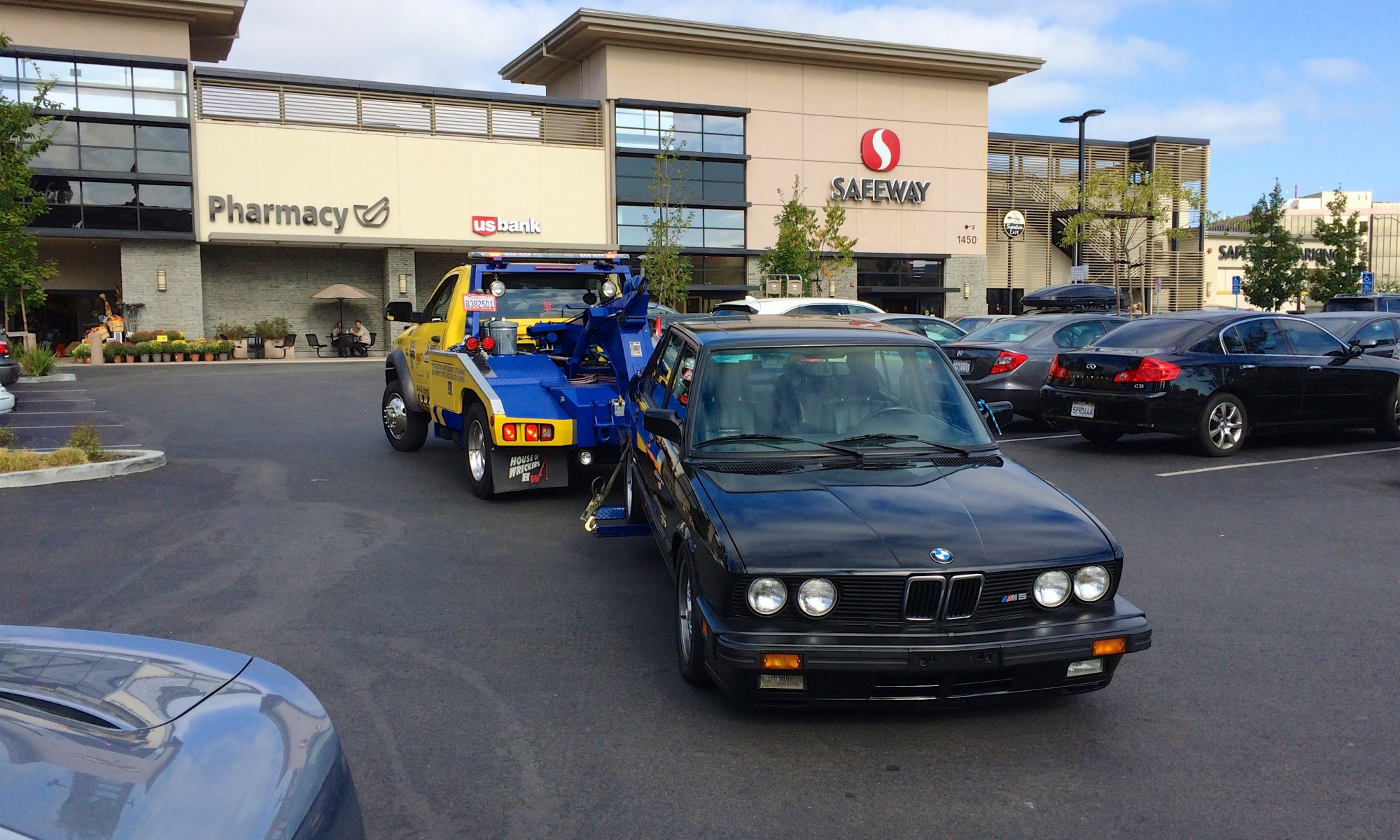 My first hiccup with vintage car ownership happened when I ran to the grocery store (an hour before guests were to arrive). Upon starting the car to return home, it didn’t. I contemplated the no start situation. It cranked fine, until it ran out of crank. I didn’t have time to deal with it, so I took an Uber home and returned later in the evening with gas (just in case I hadn’t learned what empty was) and jumper cables.

After it still would not start, I called a tow truck. The guy, being helpful, suggested maybe it was the ignition coil or distributor, the former he advise was easy to change. So, instead of towing it, I left it overnight and returned the next day with a new coil. I swapped it out in the Safeway parking lot, but still no start. Then, I had it towed in earnest to one of the independent shops in town that I let work on our cars.

They called and advised that there was “power to the coil but no reference signal.” They found the reference sensor connector was “broken and had vibrated loose.” Because the speed sensor is wrapped together in a loom along with the reference sensor, I was encouraged to just replace them both because there was no additional labor. I approved this because I didn’t know any better. $606.17 in parts and labor later and I was back on the road.

Several weeks later, I was working on the car (thankfully right in the driveway) and when I went to turn it on to put it away in the garage, it again wouldn’t start. It was getting dark, so I just left it there. I researched some things and then had an “ahah” moment on my way home. I went straight to the car, followed the reference sensor wire to the firewall and sure enough, I found it unplugged. I plugged it in and the car fired right up. I was relieved, but then I thought about the first failure. Was it as simple as my current situation and did I pay all that money when they could have just plugged it back in? I’ll never know, but for better or worse, that second-guessing started me on my DIY adventure with the M5. I’m thankful for it, but my wife may not be.