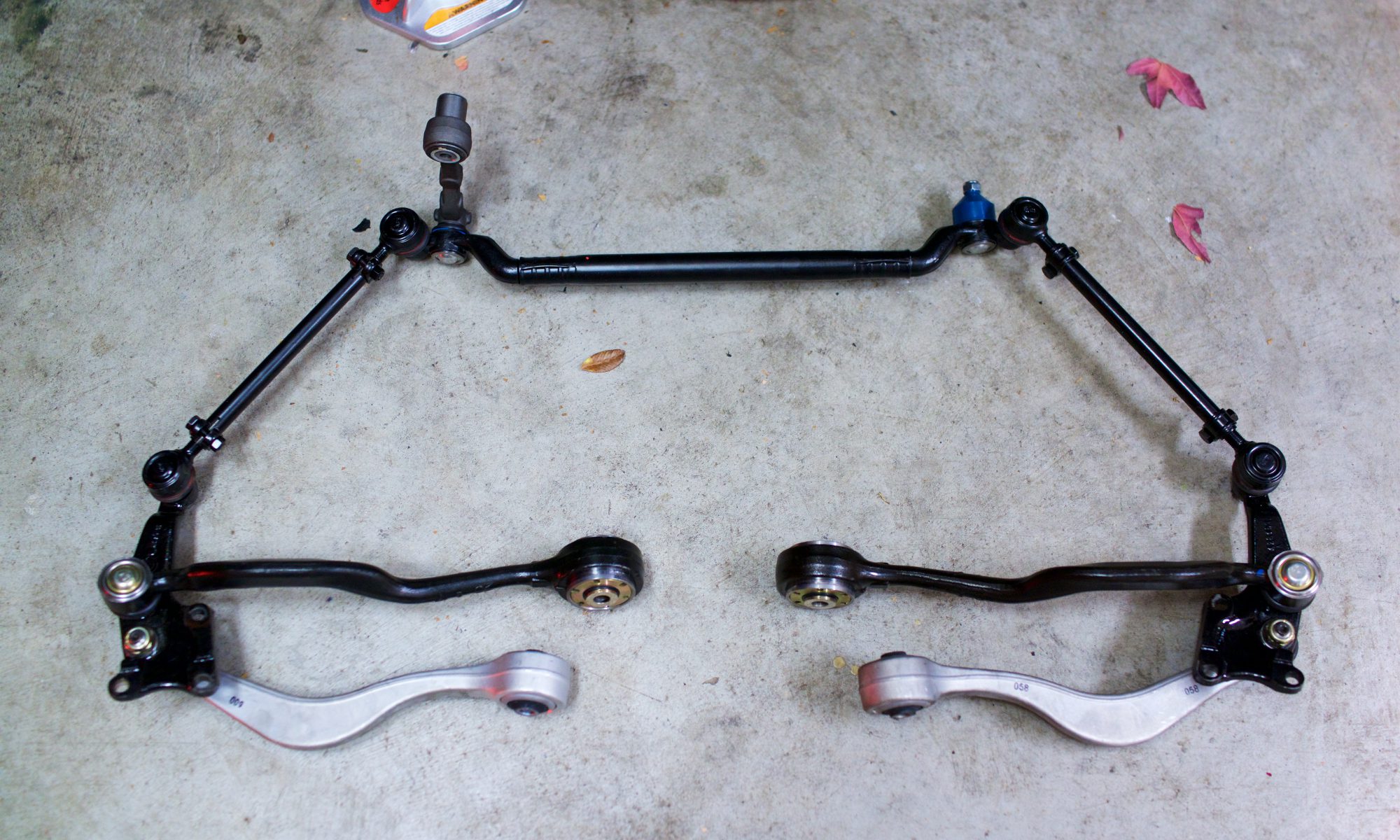 In continuing my quest to restore the M5 mechanically, I sought to tighten up the front suspension. Rather than diagnose each part, I decided to replace every component. FCP had a kit, but I wanted to upgrade the upper control arm bushings to the Moosehead Engineering spherical bushings, which could be ordered already pressed into Lemforder upper control arms. Thus, I ordered all of the remaining parts of the kit à la carte. I chose Lemforder for every component, except for the steering center link, which was only available from Meyle. The lower control arms are aluminum.

I read up a lot about remove the control arm ball joints and the days of hammering people had gone through to get them to release. I bought a “front-end” tool kit with various pullers and ball joint separators. With the proper tools and my impact wrench, I found it pretty easy to get the key attachment points undone. I removed the entire assembly as a unit from the car and then used the ball joint separator to free the left and right tie rod levers, which were the only parts being reused.

The tie rod levers had some surface rust and would have looked a little out of place connected to all the new shiny parts, so I decided to paint them with POR 15 for aesthetic reasons only. Once they were dry, I was ready to assemble all the components together before installing them on the car. Once I was under the car, I started cleaning adjacent parts and just couldn’t stop. I found it a lot easier to remove the sway bars and some heat shields than try to clean them in place.

When it was all back together, I was very pleased. I had never worked on my suspension before, aside from doing the rear subframe. I immediately took it to our local tire shop for an alignment. Afterwards, the entire front end was so solid and the handling was crisp, as I imagine it was when the car was new. This was one of the biggest and most gratifying jobs I had ever tackled.