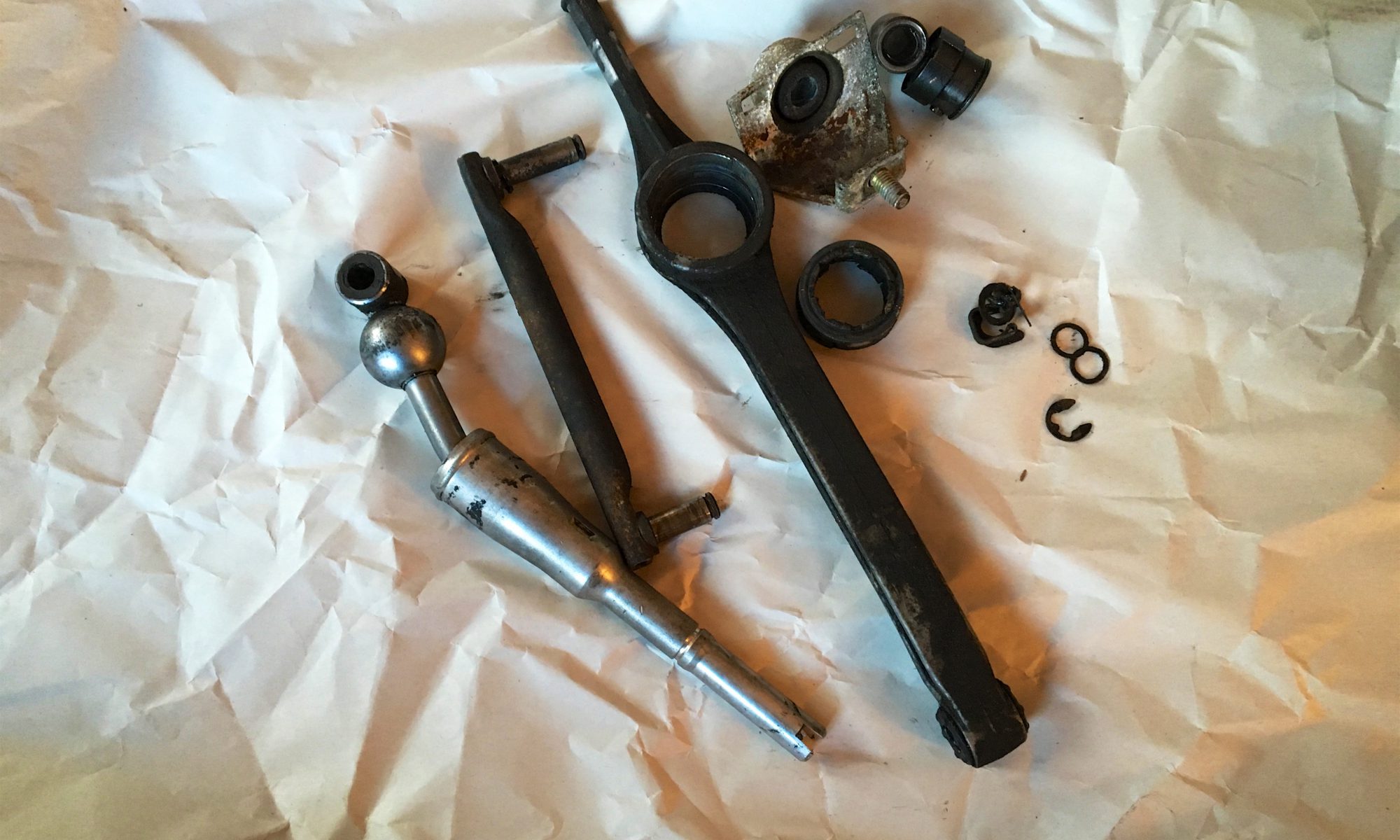 In my quest to rid the car of its dreaded driveline shudder, I zeroed in on the center support bearing (CSB). I didn’t want to deal with pulling off and pressing the bearing on, so I ended up ordering a complete remanufactured driveshaft. In anticipation of having to drop the exhaust and the driveshaft, and timing the project with the holidays when I’d have more time, I ordered a bunch of parts for several projects while it was all apart.

I always felt the shifter was pretty sloppy on the M5 since I received it. There is a long inventory of joints, bolts, bushings, washers, o-rings, circlips, etc. required to rebuild the assembly. I procured almost all genuine BMW parts for the project, to the tune of $254.40.

It wasn’t too difficult to drop the exhaust, especially with the help of my second jack. Removing the center support bearing (CSB) and the guibo from the transmission output wasn’t too bad either, though these were the highest torque bolts I had yet to encounter on the M5. The bolts on the driveshaft flange provided a little more clearance, but on the transmission output flange, there was a lot less room.

All of the excessive play and vagueness is gone and it shifts like a champ. It was a tedious, but gratifying project.