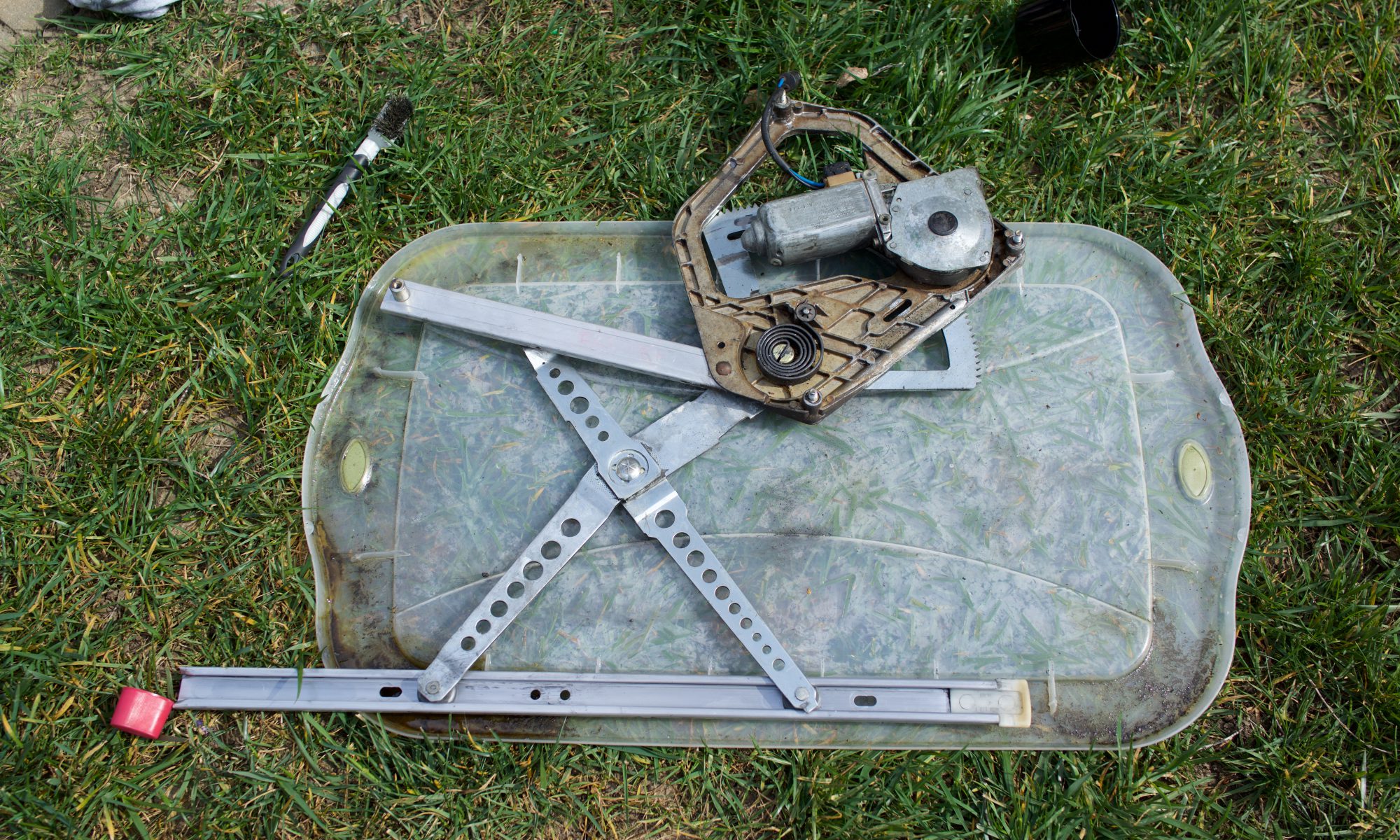 I knew the front passenger window wasn’t working before the car even arrived, so I very early on sourced a replacement window regulator from eBay. After it arrived, I realized that the main failure were the contacts on the window switch, which once cleaned up, demonstrated that the regulator was indeed working.

What wasn’t working well was the fact that the window went up and down very slowly compared to the driver’s side window. During the interior project, I removed the door card and the vapor barrier to remove the window regulator. I degreased all of the old, dried grease in the tracks and lubed it up again using white lithium grease. It goes up and down beautifully now.