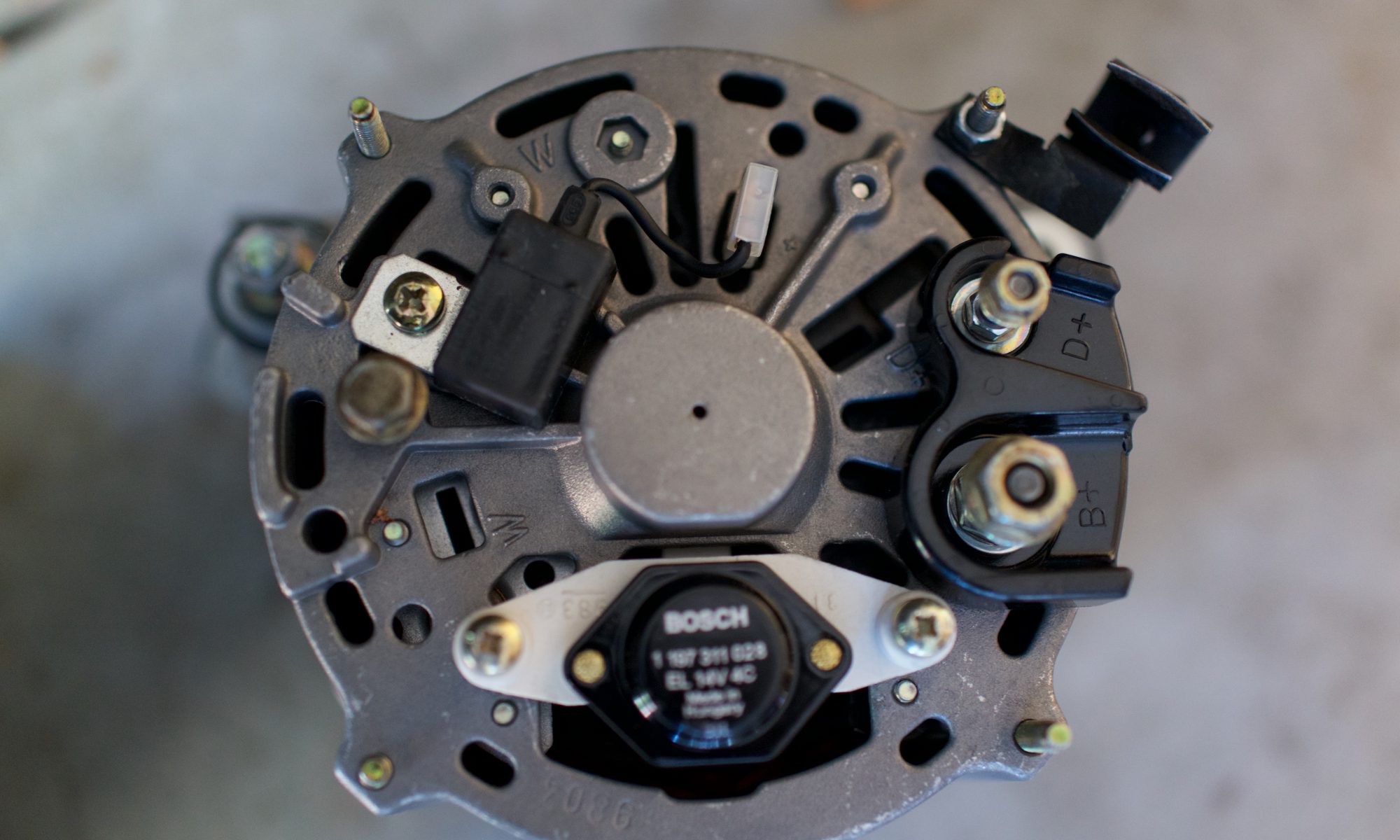 Even after my no-start trouble-shooting, I was chasing a battery/charging issue for a while. After a lot of reading, one hypothesis was the bent/broken antenna, which was not allowing the mast to fully retract and draining the battery. After replacing the battery didn’t solve the problem, I looked into the alternator.

It was suggested that it could have simply been the diode, which was relatively easy to swap out. I decided to just R&R the alternator with a remanufactured unit. I also took this opportunity to replace the belts, as they had to come off anyway for the procedure. I also got a new air flow meter to intake boot, which also had to be removed anyway.

This was my first “major” DIY repair (major would be redefined many times during my ownership). It was also the first time experiencing frustration of not being able to readily (i.e., today) get the parts I needed. The gear and teeth on the alternator adjusting bracket were stripped, so I ordered the parts I thought I needed. It turned out (as often the case in my early ownership), the one I needed was different and unique to the M5. The actual part was several days out, but I was impatient so I modified the one I had to work. I tried to bend it, but ultimately cut it in half to fit, which I actually think is stronger than the original part.

This was my first truly gratifying project and I haven’t had a battery or alternator issue since.