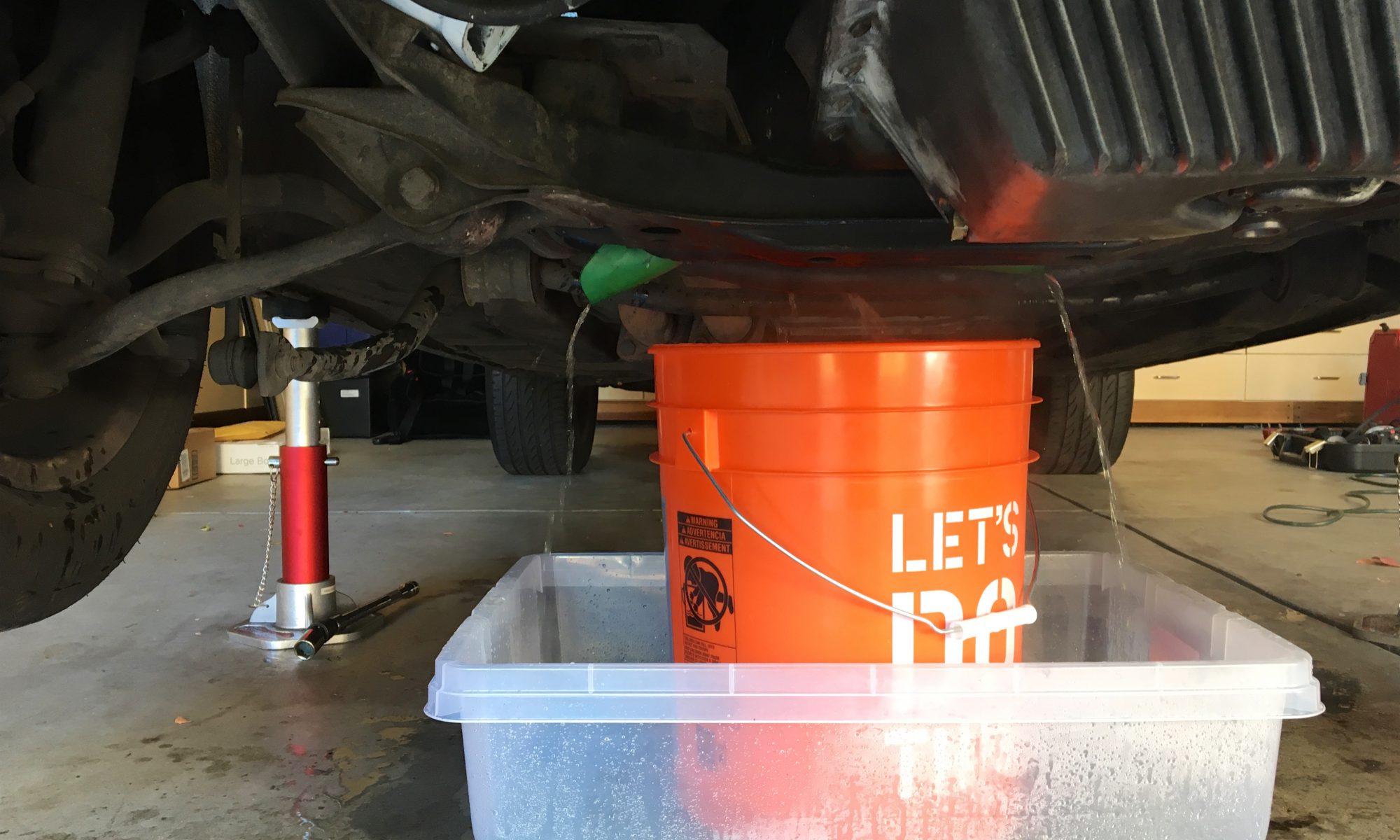 The quickest way to be scorned by the E28 community is to post pictures of your engine with an old, yellow coolant expansion tank. Replacing it was a no-brainer, but the part is specific to the M5 and is not cheap ($135). I multitasked when the car was up for the front suspension overhaul.

With the age of the coolant unknown, I decided to flush the existing coolant. Not wanting to use tap water, I went through a lot of distilled water to flush the coolant as much as I could front the block. Removing the drain plug from the block resulted in an uncontrollable deluge and a bit of a mess.

I put a new washer on the plug and reinstalled it. I replaced the expansion tank and then filled with a 50/50 solution of distilled water and Genuine BMW coolant (blue). As always, the internet offered both insight and controversy on the correct proportions and on the use of water wetter. I decided to just go for it.