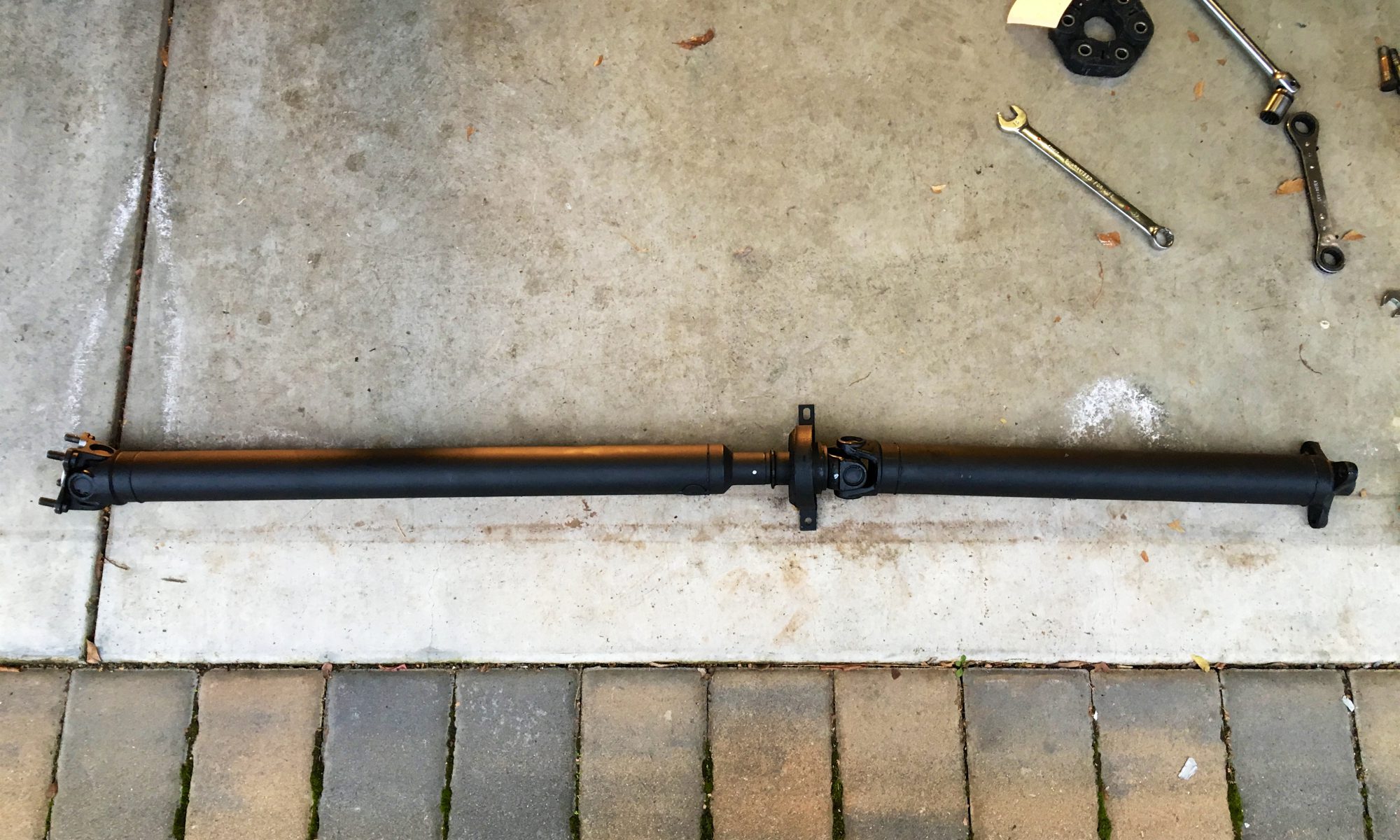 The main reason for my long list of holiday projects was the driveline shudder I had experienced since my first drive in the M5. It was very easy to replicate, so I was disappointed that the seller had not disclosed it, though they didn’t deny that it was occurring or an existing problem. In any case, it was my mission to fix it.

As stated in the shifter rebuild post, I didn’t want to deal with just the CSB, which was likely the root cause of the issue, so I bought a completely rebuilt and balanced driveshaft with a new CSB installed. I had already removed the old driveshaft to complete the other projects, so I was just waiting for the new one to arrive to install it. Aside from installing the new bolts and nuts both fore and aft, the key step to installation was pre-loading the CSB prior to tightening it down.

It was a no-brainer to also replace the guibo (apparently actually “giubo” or flex disk) while installing the driveshaft. To avoid twisting the actual guibo itself, you really had to tighten the flange side nut, which also made torquing difficult. Finally, there were some posts online that indicated that it didn’t matter which way the bolts/nuts went, but I found that there was no clearance to insert the bolts towards the rear of the car, which would have made tightening and torquing a lot easier. This seems like it would only be possible by removing the flange from the transmission output first.