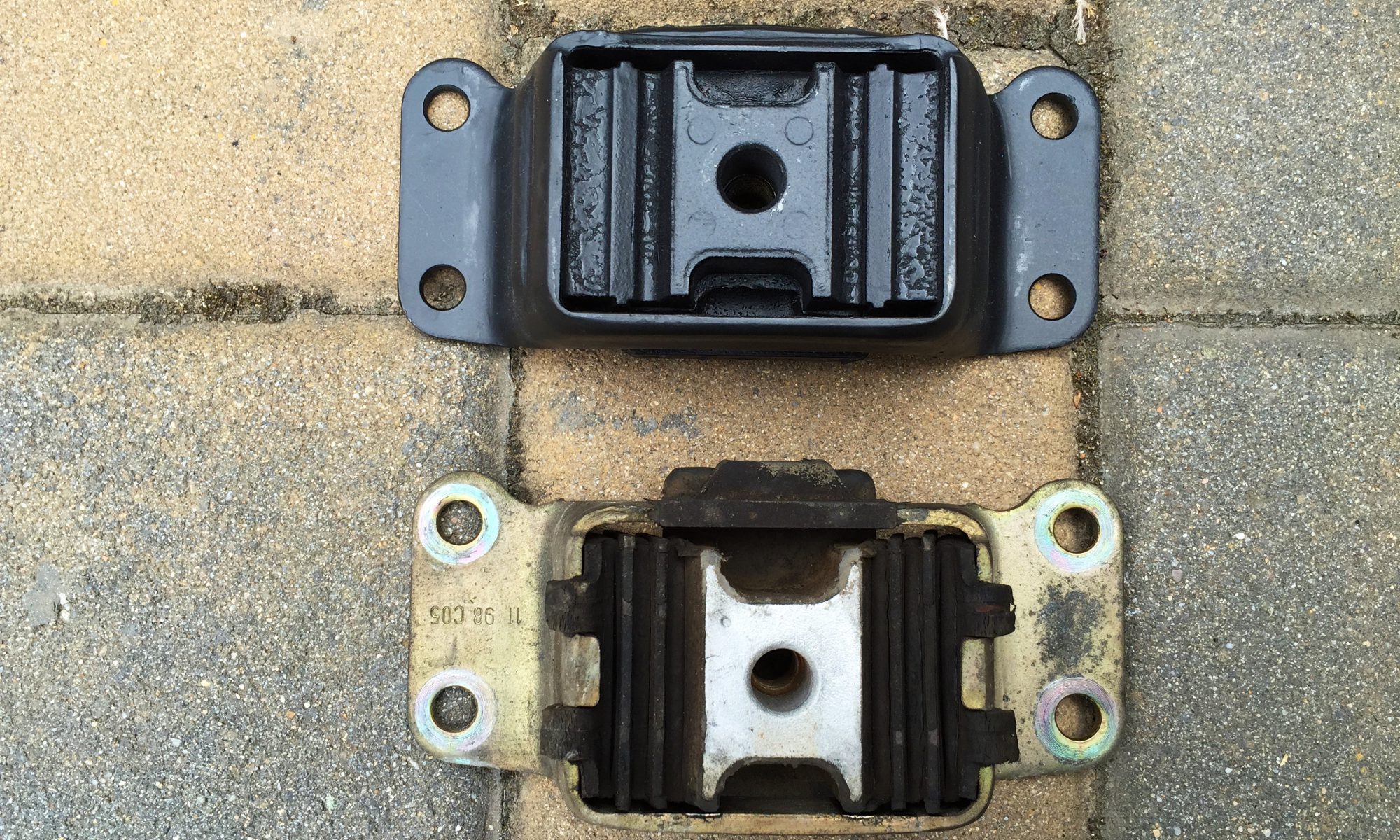 From day 1, the M5 had a strange vibration in the driveline. I tried to diagnose it and had several possible root causes. There was some also possibly unrelated clunking coming from the rear. Before I knew what the subframe bushings entailed, the rear differential mount was discussed a lot. By its positioning and function, it seemed to be a likely candidate for replacement.

Rarely is the consensus on the internet, but one thing that was suggested often was to use the part from the Euro M535i (33171129786), which was more robust and less expensive than the OEM M5 part. I sourced a Lemforder part from FCP Euro. It was a pretty easy procedure, but unfortunately did not eliminate the clunking.

Around this time, my speedometer was intermittent. I found that the speedometer cable was rubbing on the differential output and shorting out. I taped it up and the problem was fixed. I was thankful it wasn’t anything more serious.