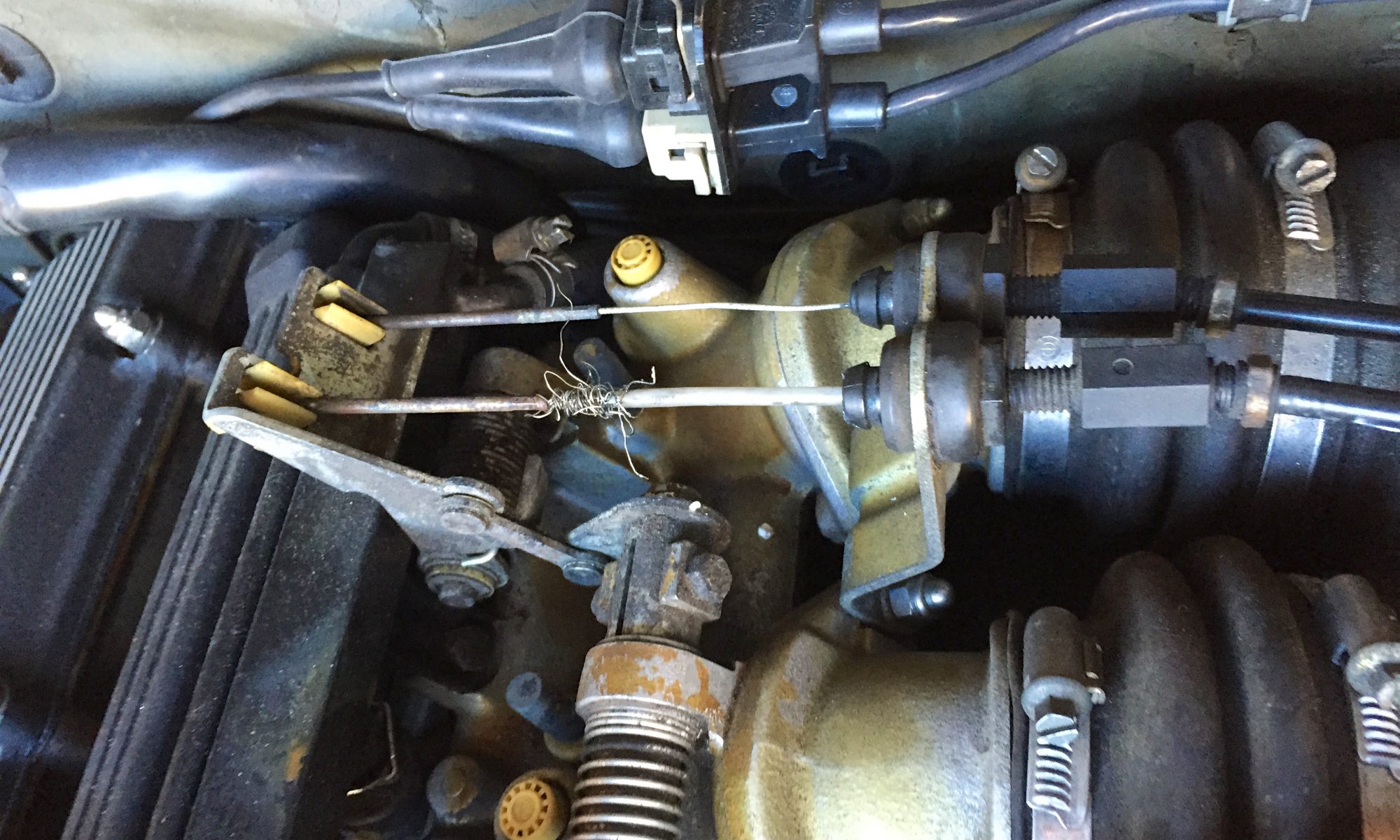 I had been daily driving the M5 to the city because we needed a 3rd car. That stripped throttle cable reared its ugly head when I was driving in San Francisco during morning rush hour and the throttle suddenly became stuck open. That was one of the most alarming incidents behind the wheel. Of course I could just put the clutch in, but the engine continued to rev, so I turned off the ignition. I was coasting along and trying to pull into a side street, which wasn’t easy because of all the pedestrians. When I was ready to go, I restarted the car and it was still stuck with an open throttle and I just let the clutch engage which gave me enough propulsion to coast out of the main traffic artery.

I found that the frayed cable strands had gotten stuck inside the sheathing. The trunk toolkit pliers came in handy as I was able to pull the strands out and smooth them enough to avoid another incident. I was able to cautiously park and commute home.

Unfortunately, it took more than a couple weeks for a new cable to arrive and even the dealership would have had to wait for one from Germany. I was able to drive the car cautiously until the replacement part arrived. The procedure wasn’t difficult, but it was a little work getting the cable end through the firewall. I felt much safer with the new cable installed.