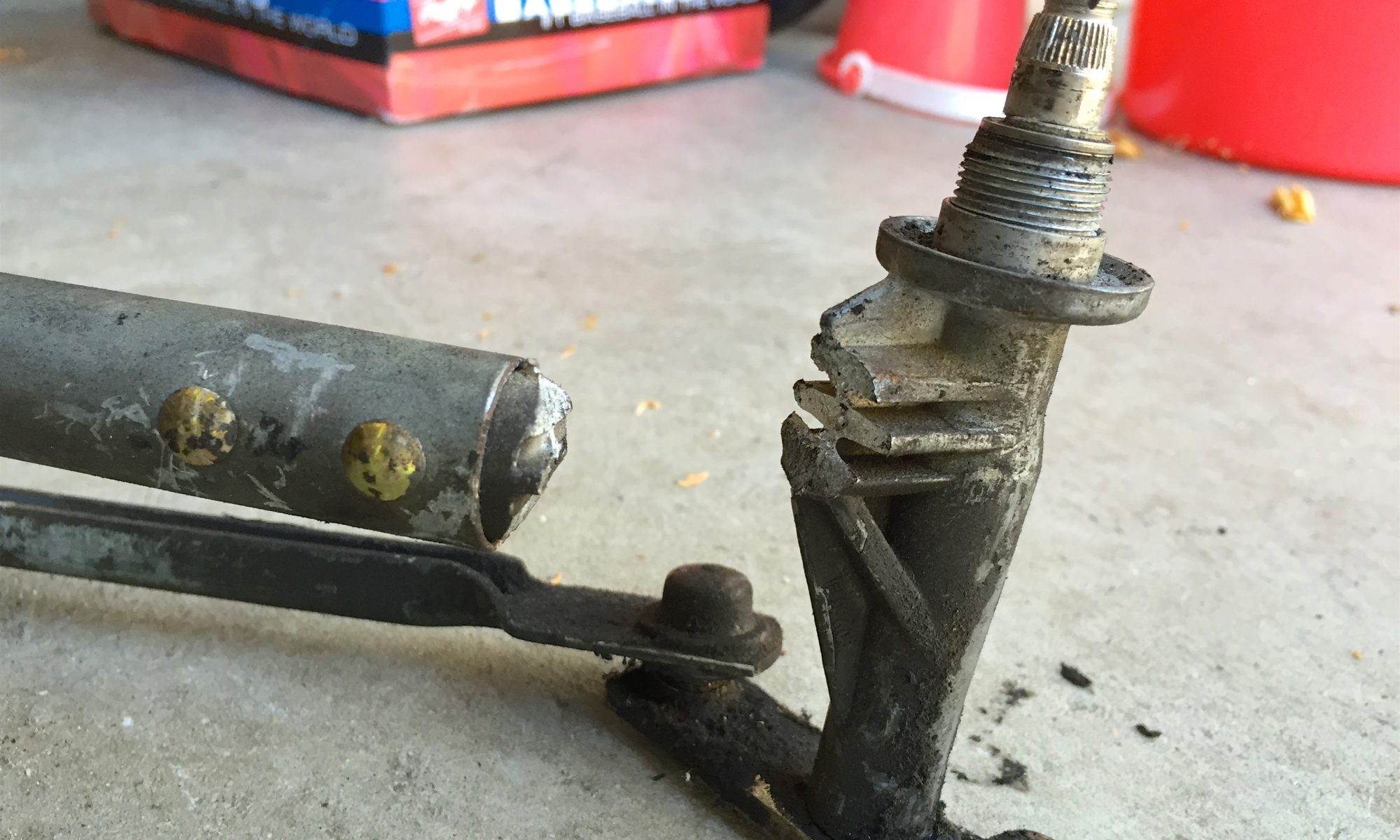 California had been in a drought for quite some time, so it took me a while to realize my windshield wipers were not functioning. When I actually wanted to clean my windows, I realized something was very wrong. Upon inspection, I found the cast metal end of the wiper linkage had sheared off, rendering the whole assembly useless.

I looked into ideas to fix it, but I found someone selling a used linkage assembly on mye28.com. I had to remove the blower motor and found it to be a mess in there, so I cleaned it, the wiper motor, and the heater closing panel on the firewall before putting it all back together. In addition to the linkage, I also replaced some rotting rubber dampening rings, which acted as a grommet for the wiper stud going through the body.

It was nice to have functioning and non-clunking windshield wipers. And, hey, what’s up with the fraying throttle cable? Is that dangerous?