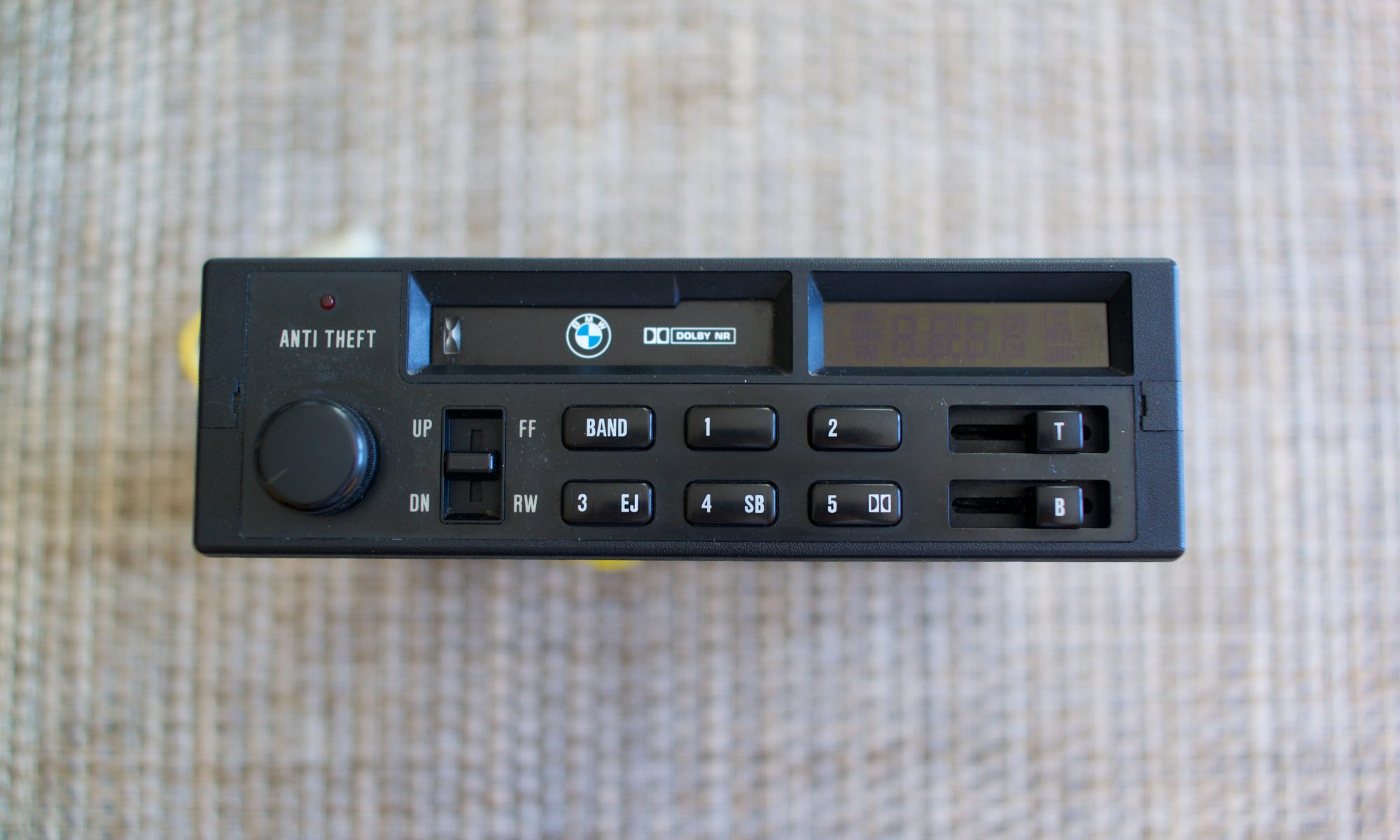 One of my hobbies in my twenties was car audio. I wasn’t that interested in teeth-rattling bass, but more high-fidelity Natalie Merchant (don’t judge me). For a few of my more recent cars, I would go through the process of collecting somewhat period-correct car audiophile gear from my favorite brand of the time, a/d/s.

The M5 was no exception, but it is the least ideal car to have a nice sound system. The kick panels have no room for decent mid-woofers and I wasn’t going to cut metal. I did the best I could and put in a great-sounding system despite the challenges. There was a big sub on the floor of the backseat, over which the kids had to climb and on which they had to rest their feet. “What is this, Dad???”

Since then, I’ve grappled with modifying the car to make it cooler (e.g., euro bumpers and lights) vs. making it more stock and reversing the mods that were on it. This started with sourcing an OEM exhaust, which wasn’t easy, to replace the loud aftermarket system that came with the car. After that, I decided to embark on getting the whole thing back to stock, thus I ripped out all my hard work on the stereo.

One piece that was hard to track down was a good-condition OEM head unit (a Pioneer KE-81 ZBM-02, if you must know). Like most 30-year-old unicorn parts, I found one on eBay. It came with the code and mostly worked when I hooked it up. I used some DeoxIT to clean up the rheostat and it did wonders to get rid of the static when adjusting the volume. The one problem I had was that I needed to test the cassette, but even I, a self-admitted packrat, had long discarded all of mine.

So, I got back on eBay and purchased the only album that matters. When it arrived and I went to put it in, it just wouldn’t load. Brute force did not seem prudent, so I just left it alone. One morning a couple weeks later, I received an eBay notification (I get many) for a belt kit for this very radio. This serendipity was going to solve all my problems (fingers crossed). It arrived in a hand-written letter envelope shortly thereafter.

I admit that I Googled “car radio repair” a couple times, but I found a web page with some critical information and decided this was a DIY job. I took it apart and sure enough, all of the belts had disintegrated into a gooey tar-like mess. After cleaning up all the parts and putting on the new belts, it was time for the moment of truth…