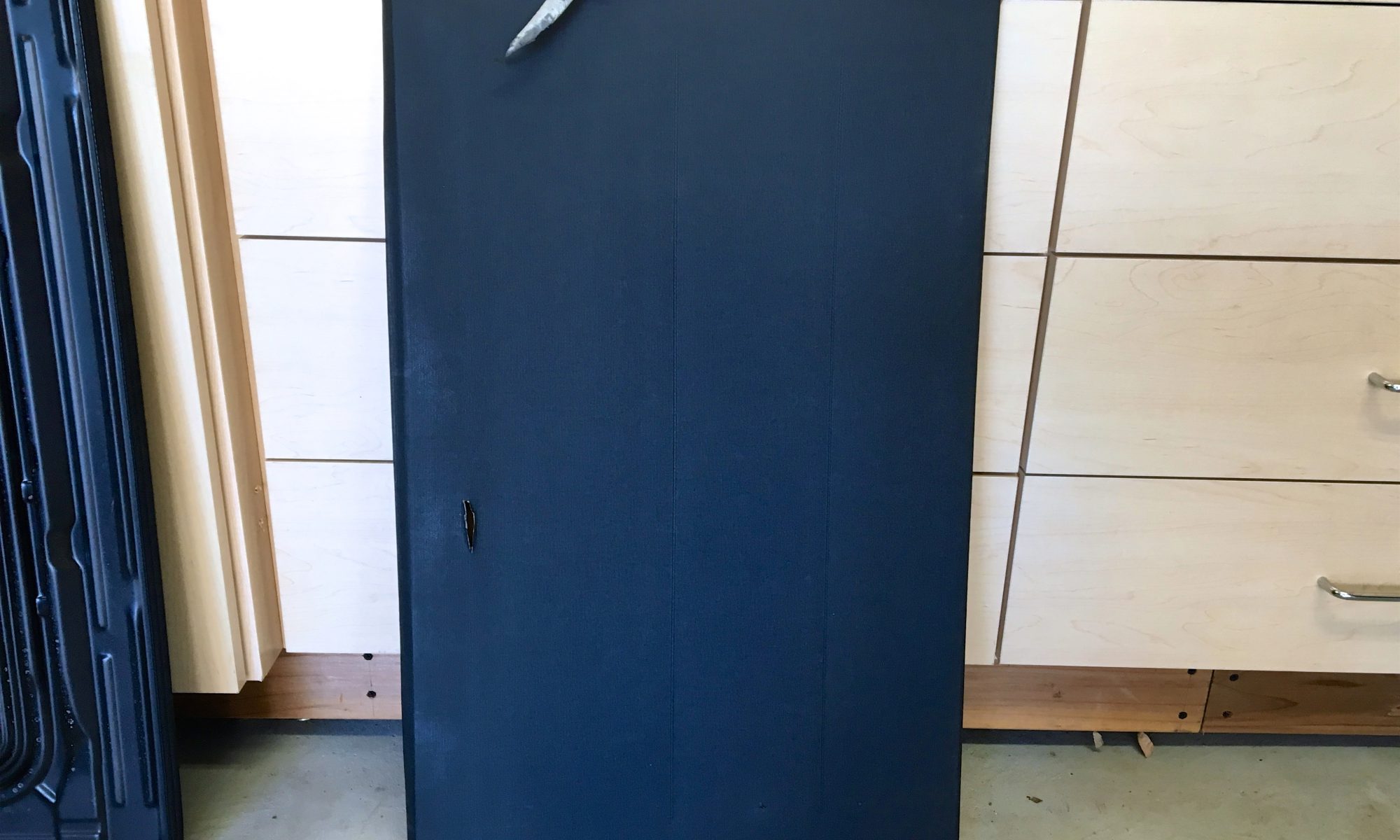 This post is really about attempting to repair the sunroof ceiling panel. The day I received the car, I was driving down the highway and opened the sunroof. What should have been a glorious event resulted in a terrible sounding “pop” as the roof retracted. This car was brand new to me, but I found that one of the retaining clips had become dislodged and was just resting on the sunroof headliner fabric. Once it slid back into the roof, it had no where to go and popped a hole into the cover.

“Damn, that sucks,” I thought. It turned out to be a lot worse than I imagined. Those first few openings also tore at the sides of the cover.  I believe that the entire headliner has been replaced and when the sunroof ceiling panel was replaced, it clearly wasn’t attached or aligned properly. Normally, I would just say, “oh, well,” and find a replacement, but on this car, it has proven so far impossible.

The North American M5 is the only E28 with a black (Schwarz) headliner, which makes this part very rare. The part is 54121962776, in case anyone has a lead on one. Some sites show it as available, but it’s too expensive to even inquire about. I know for sure the entire headliner is “NLA” (no longer available). I’ve scoured the internet. searched every relevant thread on mye28.com, private messaged random users based on 5 year-old posts, etc., but nothing has turned up.

I first attempted to tape the holes from the backside of the fabric. I also re-glued the corners and torn sides to the frame as much as best as I could. In addition to replacing the missing front clips on the panel, I had to reattach the panel it to the sliding mechanism using rivets. I also replaced all of the torx screws, which attach the sunroof to the frame.

It was the best fix I could attempt at the moment and I wasn’t very happy with the results.