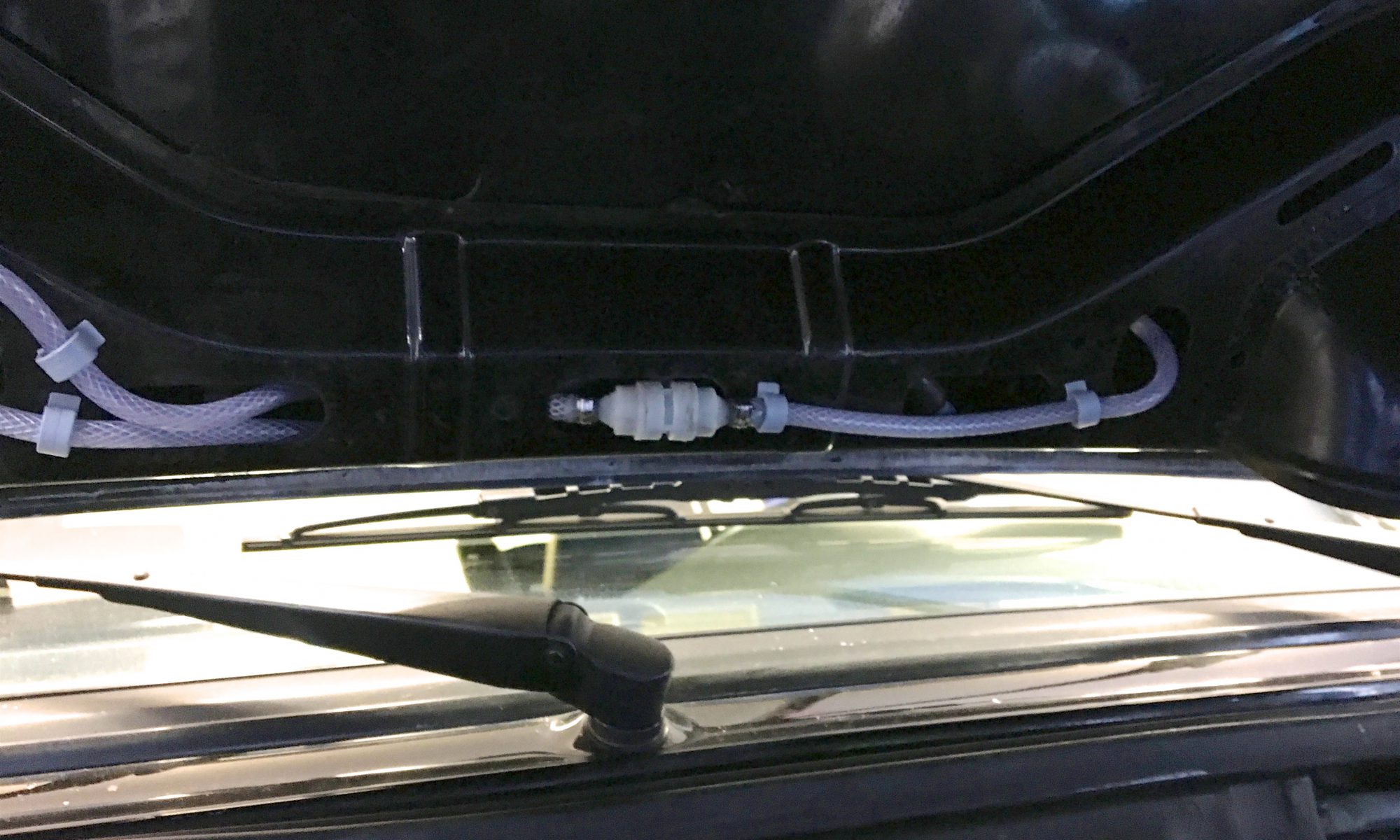 A clean windshield is important, especially when you have an extremely pitted one and are driving in the California sunshine. Thus, my failed windshield washers were a safety concern more than just a nuisance. Upon inspection, I found that the plastic “T” check-valve had failed and was leaking. If I was going to replace it, I also decided to replace all the old, yellow fluid hose.

When I tried removing the hose from the old, brittle washer nozzles, the nipples both broke off. It wasn’t until I ordered new ones that I realized the heated ones are expensive (like so many parts on this car). I bought all new hose clamps and retaining clips while I was at it. It all works and looks great now.